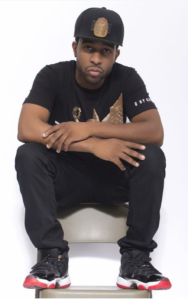 DJ Sparkx is a Queens native currently in heavy rotation in the popular Long Island and Queens clubs. He has also premiered at colleges & clubs in Manhattan, Bronx, & Brooklyn. His popularity came about in 2006 as his aggressive play style landed him gigs on college campuses across NYC. He quickly took over the market and in 2009 was eventually drafted to “The College Club Kings” Djs Crew headed By Hot 97’s “Big Dawg Pitbull’s” Dj Spynfo & Power 105.1’s “Da Union’s” Dj Spider.

DJ Sparkx has also Toured outside of NY in Colleges & Clubs in Boston, Atlanta, Florida, Virginia, North Carolina, New Jersey, Pennsylvania, Conneticut and more. His vast knowledge of music has made him a force to be reckoned with and he is sure to make an explosive impact at any event. Dj Sparkx can also be heard on local Long Island radio station WHPC 90.3 FM as well as internet radio station www.alistradio.net.