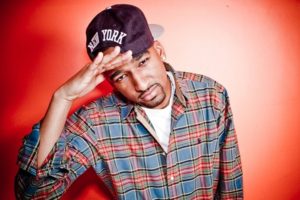 DJ G$MONEY is a proud native of  Queens, New York. DJ G$MONEY career started from the influence of hit movie JUICE. He was able to prove to move crowds from his first gig back in 1999. Fast forward to 2012, his career came full circle with the opportunity to DJ at the Magic Johnson Theatre for the 20th Anniversary of the movie, JUICE. His dedication to the craft has landed him many jobs at luxury nightclubs and events across the nation. From guest DJing and opening shows for Fabolous, Pharrell, Bobby Valentino, Keyshia Cole,  Miguel and large outdoor events like Comic Con in San Diego. To DJ appearances on hit shows like TruTv’s Impractical Jokers, America’s Got Talent, BET’s 106 & Park, Vh1’s Mob Wives and Lil Kim Reality Show Countdown to Lockdown. DJ G$MONEY is no stranger to opportunity and celebrities.

DJ G$MONEY was honored to earned the ranking of Top Celebrity DJs, joining DJ Kid Capri, DJ Premier, DJ Whoo Kid, Dj Enuff, Just Blaze in Dr Jays Photoshoot entitled Salute the DJ’s. Being a DJ has enhanced his ear for music linking himself to production team ‘The RNWY’ he’s been able to recognize what the people want to hear at the club & on the radio.  It began with single “Martin Lawrence” (Alongside Flip & DJ Webstar) that received spins on Hot 97 by DJ Mister Cee.  Then he took it to the next level with his dedication to the newest social media bug Twitter, by creating and releasing a song called “Twitter Dat” (featuring Breeze and SP), which received spins on Hot 97 and Power 105.  He then released another single “Queens and it’s Crazy” (Featuring Vic Damone), garnering the support of DJ Self but rapidly becoming a Queens Anthem. The RNWY team also produced Lil Kim hit single “Spicy” featuring Fabolous.

Nonetheless, G$MONEY wouldn’t characterize himself as just a DJ. In 2007, G$MONEY  received a Bachelor’s Degree in Business Management with a concentration in Audio Recording from his alma mata Five Towns College adding to the list of notable alumnae like Adam Levine and Wyclef Jean. His ability to connect with big names such as Fetty Wap, Jim Jones, Chinx Drugz, French Montana, N.O.R.E, Styles P landed him a 5 year run co hosting/DJing alongside Steph Lova (known from Hot 97 & Power 105) on DTF RADIO.  He is also a mentor for the I Love My Life Program, a program that supports inner city youths in following their dreams and focus on developing careers.  The program has received support from celebrities such as Russell Simmons and Wyclef Jean even appearing on the Salt and Pepper Show on VH1.  As a dedicated member, G$Money has spoken to thousands of kids at different high schools across NYC.  Not to mention, DJ is linked to the foundation Showing Hearts which hosts an annual back 2 school and holiday event for his beloved Queens community.

DJ G$MONEY is creating a household name for himself by recently joining Queens Flip in Flip Da Script  podcast and his own Youtube show Picky Eater which feature many of his big name friends and peers. G$MONEY is versatile having the ability to DJ, host, produce music, mentor and adjust to any setting making him a premiere personality.  #BOOKDJG$MONEY