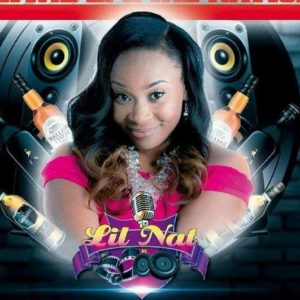 Lil Nat and radio have been synonymous with each other for over 20 years with one slight change over time. Nat now runs radio and doesn’t let radio run her. As founder of Digital Empire Nation, she now dictates what airs and what doesn’t.

Natalie Barrington was born in Jamaica and raised in Brooklyn, NY. Jamaican heritage. Nat’s radio career started at her alma mater at NYU where she majored in Film, Television, and Radio. During her tenure, she hosted her own R&B Radio Show on 89.1 FM WNYU and interviewed celebrity artists such as Erykah Badu. From then on she has been impacting radio major radio ever since. Working behind the scenes at 98.7 KISS FM as well as the Commercial Production Director for 8 years, Lil Nats radio prowess led her to an on-air personality job at Kiss FM  and sister station Hot 97 where she was crowned the Queen of the Overnight. Her Jamaican heritage and Brooklyn upbringing helped shape the formidable radio powerhouse we recognize as “Lil Nat”.

Nat departed Hot 97 while beginning to film her cooking show on the Back Burner when she met now manager Knowledge Borne. After meeting she decided she wanted to not just continue radio but do it her way, creating Digital Empire Nation. The shows premise of giving the DJ back the power to spin whatever he/she wants. 2013 Nat began her show on GID Radio in NY. After 6 months on air, she left and headed to the blueprint rejoining her coworker Steph lova at DTF Radio. Thanks to Nat’s radio persona and interviews with prolific entertainers such as Empd, Day 26, Leon, Demetria Mckinney, Adina Howard, and Rockwilder to name a few other stations began to contact her starting with FRP TV and 107fm in LA. Soon Nat would drop FRP TV and gain syndication from  Power 104.9fm in Indiana, 103.7fm in Chicago, 88.7fm in Miami, 96.2fm fl, London’s energy radio, radio.net, Spotify, and Iheart radio.

Nats show now growing to various new markets she has branded herself to be so much more than a radio personality. Now a teaching member of Skaterobics, a fitness instructor for lift and move, founder of Digital Empire Dj crew and TV personality/ actress with guest spots on a video music box, and bumrush. Lil Nat also returned to producing and starring in her other baby On The Back Burner cooking show. Not to mention her biggest production thus far her upcoming nuptials to husband to be. With so much on her plate, nothing is out of reach in the future.

Leaving behind her crown of queen of overnight radio to become the late night empress. Lil Nat stays positive, keeps positive people around her and doesn’t forget to smile.